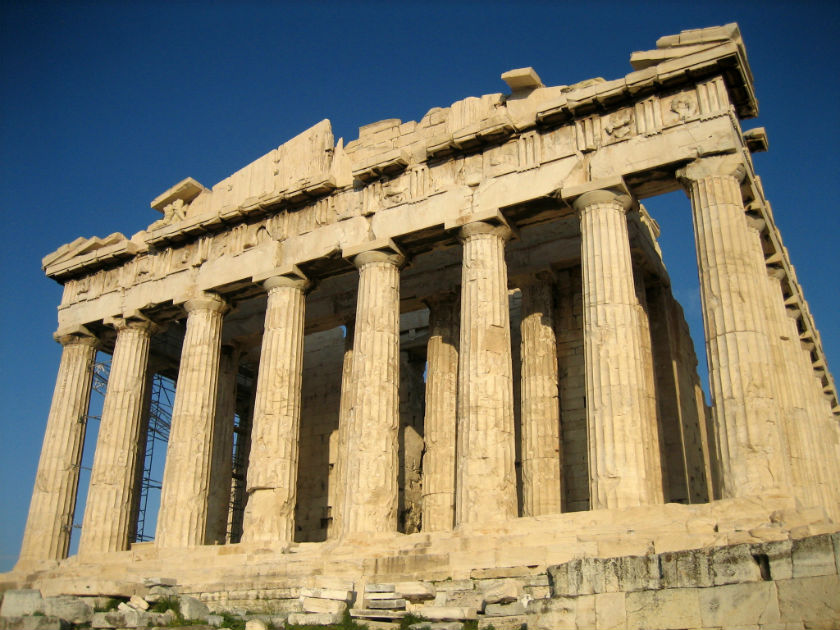 Ancient Athens and its leader Pericles prided themselves on their form of government, democracy. Pericles described some features of life in a democratic city. In the United States, and nearing the end of a long election campaign, some reflection on democratic ideals might be instructive.

What strikes the visitor to the US is the enormous sum of money needed to be raised by candidates for the presidency. Pericles says

The stark reality in the United States is that some candidates have had to pull out, and others not even enter the race because of lack of money resulting in inability to continue against  well-funded campaigns. Perhaps this democracy and others could benefit from a review of funding arrangements.

‘Our city is open to all the world. We never expel a foreigner or prevent anyone from finding out any secrets of the city that an enemy might use to his advantage. For our security, we rely not on defensive arrangements or secrecy but on the courage that springs from our souls, when we are called into action’.

And how about work-life balance, as ancient as it is new,

‘We have had the good sense to provide for our spirits more opportunities for relaxation from hard work than other people. Throughout the year, there are dramatic and athletic contests and religious festivals. In our homes we find beauty and good taste, and the delight we find every day in and this drives away our cares.’

There are those who would argue that all this was opportunistic propaganda on Pericles’ part, and maybe it was, but the ideals are surely as relevant today as they were in fifth century classical Athens.

And today, 17 October, the residents of Los Angeles are waking up to a phenomenon not seen for many a long day: rain. Thanks be to God.

Source: Thucydides, The Peloponnesian War, Funeral Oration given by Pericles

Food for the World’s Hungry

The Name of God is Mercy