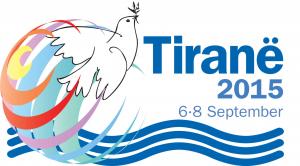 Peace is always possible – Religions and cultures in dialogue, an initiative promoted by Sant’Egidio, will highlight the necessity to combat the pessimism that surrounds so many of the ongoing conflicts. It will try to build the conviction that the the current mass emigration to Europe from the Southern part of the world and from war-torn countries cannot be stopped without a major investment in peace.

The meeting will take place in Tirana, Albania, from 6 to 8 September. It will bring together religious and political leaders, with economists and financiers such as the Italian Foreign Minister, Paolo Gentiloni, Nigerian cardinal Onaiyekan, and rabbi Skorka. Major Shiite leaders from Iran will also be present. Discussions will focus on the war – torn countries of Syria, Iraq, Kurdistan, Syria, and Nigeria. Representatives of all factions in Libya, from Tobruk and Tripoli, from the southern tribes and the civilian population, will be sitting around the same table for the first time.

Another aspect of the meeting will be the grass-roots participation: more than two thousand people of all ages, including numerous young people will come to Tirana from all over Europe to affirm the conviction that “Peace is always possible”.