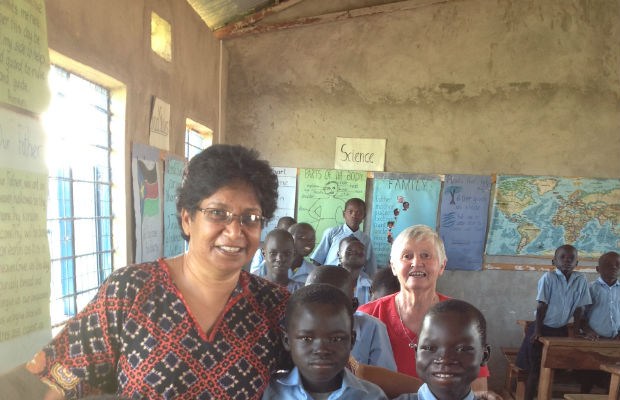 True to his word, Pope Francis has set up a Commission to examine the question of Women Deacons. He had given this promise to the 900  sisters gathered in Rome in May.

What is the Commission to do?  It is to bring some clarity to the role of deaconesses in the early church.  There is no doubt that there were deaconesses then but the scope of their role is not clear.  Were they helpers or did they have some form of ordination as deacons such as the fairly newly restored permanent deacons do today?

This starting point of the situation in the early church though of great importance shifts the study away from the context in which the request was put to Pope Francis which was the pastoral needs of people in areas where priests are scarce.

The Commission is equally balanced in membership between men and women, six of each and chaired by the Archbishop who is second ranking official in the Vatican’s office  overseeing matters of doctrine. All the male members are priests.

The membership of the Commission reflects the emphasis on the academic study of deaconesses in the early church and not pressing contemporary pastoral need. There are five Biblical and early church specialists, five theologians, and two specialising in ecclesiology (the study of the church ) which deals mainly with the church in modern times.

Almost all teach in universities in Italy. In terms of the nationalities and places of residence of the members, the commission is centred on Europe. Only one lives outside Europe. One wonders about the voices of Asia, Latin America and Africa given the context in which the question was put.

However there has to be a starting point and a strong biblical and theological basis is necessary for this study. Let us hope that that is not the end of it and that the laity, specialist in living the Gospel, can have some part to play in the wider study of the question.

World Meeting of Families at the RDS – August 2018