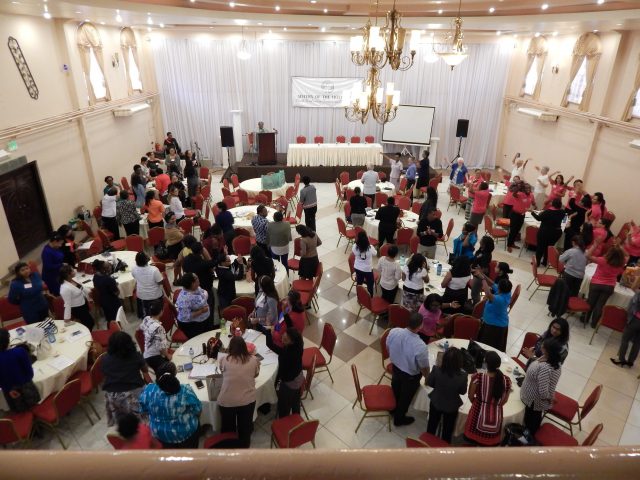 Building a culture of ‘faith that does justice’ was the theme of the second Education Symposium for the staff of the four Holy Faith Schools in Trinidad: the primary schools St. Bernadette’s and St. Monica’s  in Port of Spain, and the secondary schools in Couva and Penal.

Commitment and creativity were the hallmarks of the schools’ presentation of the projects undertaken since the first symposium two years earlier. St Bernadette’s produced a booklet on the life of Margaret Aylward. Told in the language of children it re-creates several key moments in the life of the foundress and some comparisons between Trinidad and Ireland which engage the interest of primary school children.

Catholic social teaching was the platform for the theme of the day. The twin pillars of the dignity of the human person and the common good were treated by the first speaker and the principles applied to schools by Dr. Freddy James, past-student of both secondary schools, a lecturer in Education and a member of the Secondary Schools Board. Dr. James provided a ‘tool kit’ for building a culture of faith that does justice in our schools. This includes Justice of truth, Justice of love, Justice of equity, Justice of respect and Justice of action.

All that remains is to put the principles to work and school staffs spend the final session working on key strategies they would adopt in their schools to make it happen.