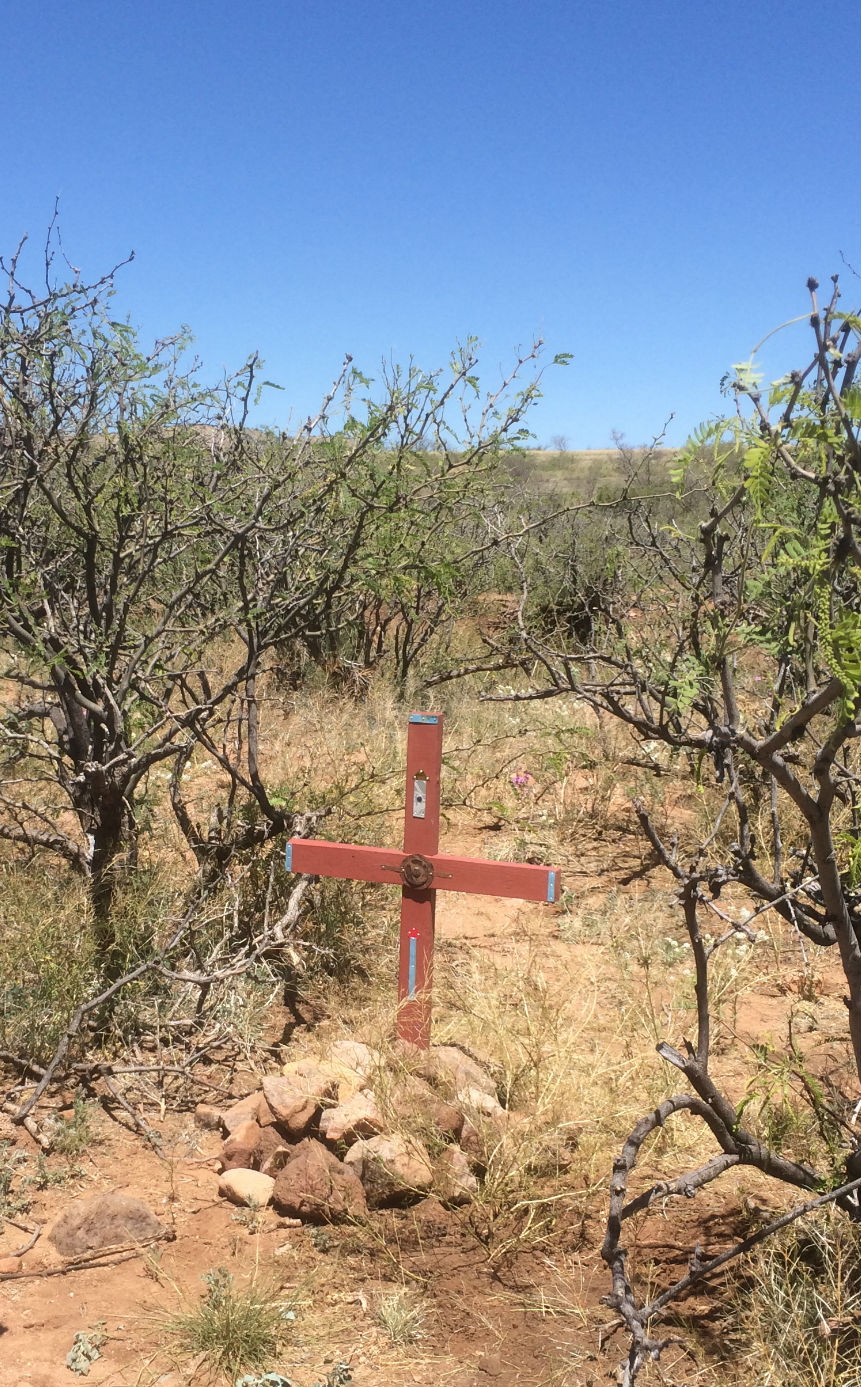 This poem commemorates the many hundreds of men, women and children who have died while crossing the Arizona desert on their way to the United States.  An artist living in Tuscon had the idea of making and planting a cross at the spot where a person is known to have died. The site is plotted on GPS by another volunteer using data from the Medical Examiner’s Office. A group of people from Tuscon, Bisbee and Douglas made the pilgrimage to the site Saturday 18 April 2015 and planted the cross.

In memory of Allan

We wonder whence he came.

Walking the desert trail with us, the artist – crossmaker, migrant too –

inspired by fragments of human passage,

Weight on our shoulders

Sharing the heaviness of his dying self.

Alone or not, his hope washed out,

His young life eeked out,

On this spot encircling his memory.

The hole dug, the cross placed,

Holding the memory of Allan

We stand with his sisters and brothers

Dead in the Arizona desert.

In this now sacred place, in memory, we hope.

Pope prays for peace, victims of war in Congo and South Sudan.

Tree Planting in the Biodiversity Garden