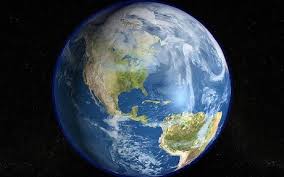 The Pope’s new letter was published today. Like all letters it is addressed to someone, and this letter is addressed to everyone. So what does it say? A very quick scan highlighted three points.

Firstly the problems besetting our planet are, in the main, caused by human beings and therefore the solution lies with human beings. However it is much more than a few clever scientists meeting and devising new technologies and some politicians actually living up to the promises made and meeting the targets already established. Pope Francis aligns himself with the Ecumenical Patriarch Bartholomew in calling for a change in our thinking about ourselves and our relationship with the planet. He appeals for a dialogue –  a bringing together of the whole human family to achieve a sustainable future.

The second characteristic of the letter is the way in which Pope Francis highlights the connection between the poor and the fragility of the planet (16). Take water, for instance. He states unequivocally that access to clean water is a basic human right (52) and opposes all attempts to privatise this essential resource. The effects of global warming will gravely affect the livelihoods of the poor. But talk must lead to action and Pope Francis challenges the powerful interests which have sought to ignore, or divert attention from, climate change and global warming in pursuit of their own interests.

The third interesting point is that Pope Francis identifies climate as a common good and, with this phrase, places it squarely in the centre of Catholic social teaching.The common good concerns itself with the social conditions necessary for human flourishing. Thus the letter of Pope Francis draws on existing principles of Catholic social teaching and applies the teaching to emerging and urgent questions.

Some will say that the Pope is not a scientist and should refrain from commenting on matters outside religion. Jesus came to be one with human beings and their lives and everything that touches humanity and our lives together is worthy of comment from a faith perspective. Two previous letter or encyclicals not on strictly religious matters made a big impact on the social history of their time. The encyclical of Pope Leo XXIII contributed greatly to setting some of the principles of industrial relations which guided, and still guide, the policies of some western countries. The near-forgotten but revolutionary encyclical of Pope Paul VI on the The Progression of Peoples which deals with the relationship of the poor – those who do not have or have access to resources – with those who do. Its tone was intense – the poor cry out to the rich – and it anticipated much of what Pope Francis writes to us today.

Awards for School Staff in Trinidad

Thought for the Month!