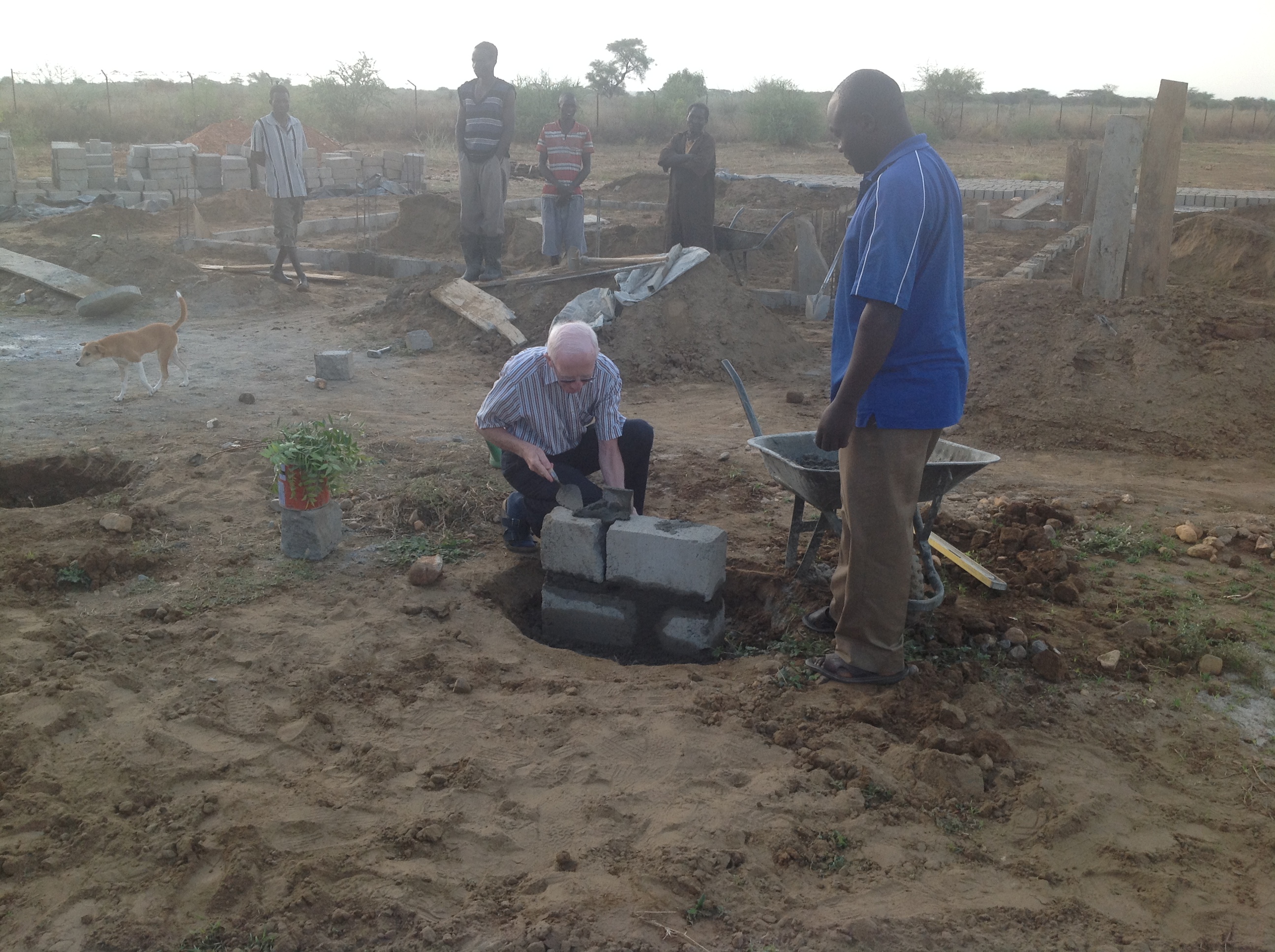 Picture: Fr John Marren laying the foundation blocks for primary classes 7 and 8 with Kizito, the Kenyan overseer of the project.

Last weekend Fr John Marren SPS laid the foundation stone for classrooms for Primary Classes 7 and 8. When this building is complete,  St Mary Magdalen School will cater for all classes from pre-school up to Primary 8. This is an amazing achievement on many counts.

When Holy Faith leadership responded to Fr John’s invitation to begin a small primary school in Riwoto,  there was no purpose built primary classroom. Class was held in the library and the church. Now, less than five years later, there is a total of eight primary classrooms,  constructed in four blocks around a quadrangle, with the nursery school on the perimeter.  The great bulk of these building materials had to be transported for thousands of kilometres, across two borders, along hazardous surfaces and in dangerous conditions. Though the area around Riwoto has remained relatively peaceful, the ongoing threat of war, local conflicts and violent robbery persists in this country beset by war, turmoil and hunger.

The courage, determination and sterling generosity that has contributed to this achievement is nothing short of a miracle! Only an unflinching conviction of the value of education to the Toposa children and families could have enabled Fr John Marren and subsequently Fr Tim Galvin continue with this project in the circumstances of a very unstable and even dangerous South Sudan.

Recently, Fr John returned to Riwoto, his first visit since leaving the parish on his election as Vicar of the Society.  The people showed him with gifts in gratitude for his helping them realise their dream of providing an education for their children.

Fr John being welcomed and thanked by the people of Riwoto.