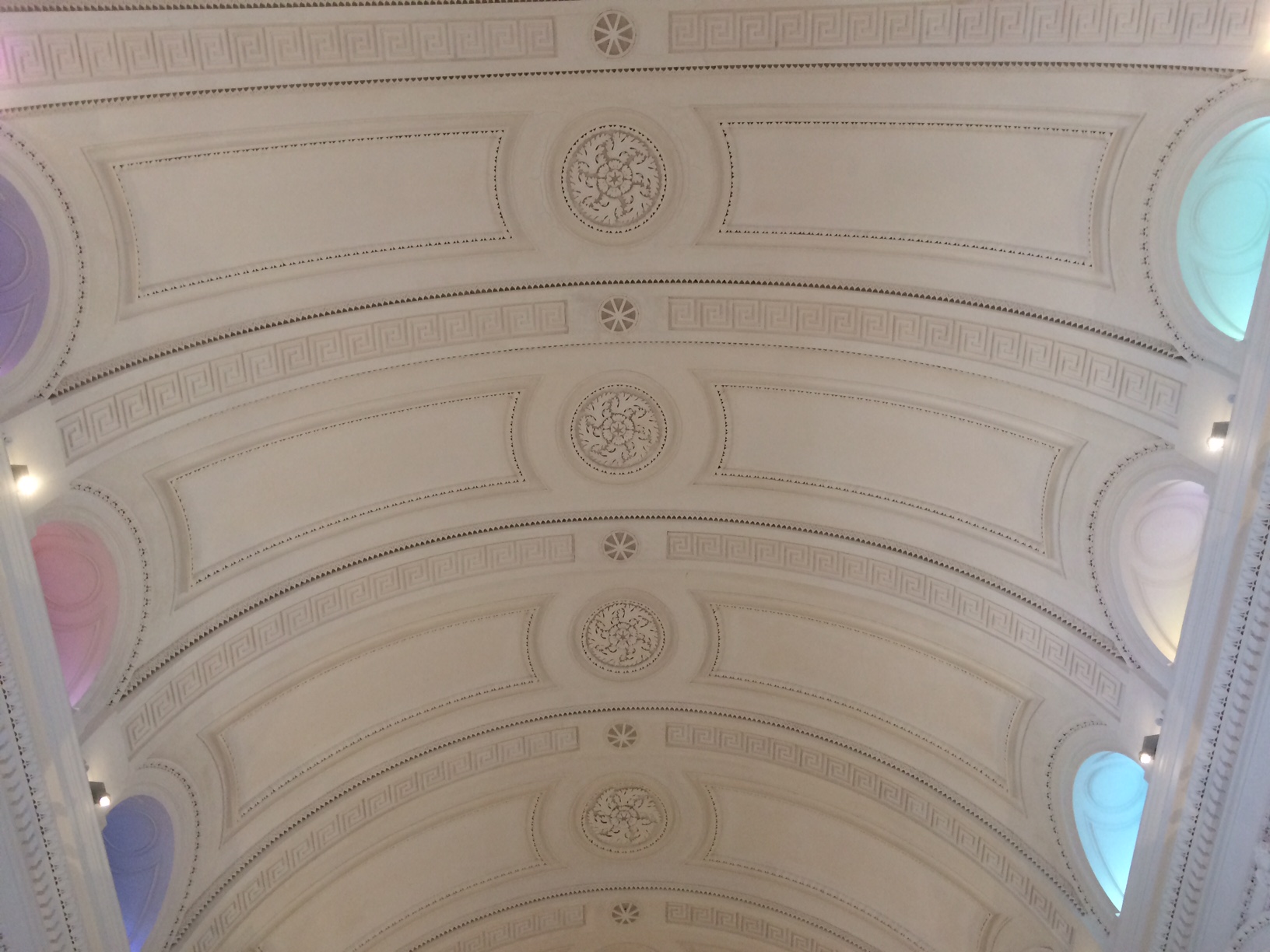 A busload of enthusiastic parishioners of the Glasnevin cluster of parishes set out for the newly restored St Mel’s cathedral on a gloriously sunny Saturday – yes we do have sunny days occasionally!

Of course we did not travel directly from Glasnevin to Longford – that would have been too easy!  We had a few stops on the way. First was at the Greville Arms Hotel in Mullingar for morning tea then back on the bus – no small task with fifty five of us,  most ‘of a certain age’. The onto Multyfarnham Friary (Franciscans) where the former abbey church has been painstakingly and beautifully rebuilt; a judicious mix of old and new.  That’s a story which deserves its own post.

Longford on a Saturday around 2.30 is very busy and the local traffic flow was not enhanced with 55 of us disgorging from the bus parked on the main street! Time for a quick snack, on the bus again for the very short trip, and the guided tour of the cathedral. The cathedral tour guide spoke simply but very movingly of  the great fire that destroyed St Mel’s after midnight Mass at Christmas 2009. Parishioners turning up for Mass on Christmas morning stood outside and wept. Longford had been very proud of its cathedral.

After the guided tour we had time to ourselves in the cathedral to admire the architecture and many works of art. For me the stand-out element was the limestone columns quarried in Old Leighlin, Co Carlow and the barrel vaulted ceiling. We Holy Faith sisters felt a connection with the restoration project as the Design architect was the late Frank Hurley, brother to a Holy Faith sister.

A cathedral is not an art gallery where one likes one work of art and dismisses the next. Its primary role is liturgical, so to see it at its best, one really needs to be present for the liturgy of a high feast. I hope to go to the cathedral next year for one of the Easter ceremonies.

Longford can once again be very proud of its cathedral.

The Name of God is Mercy

Death in the Arizona Desert, A Poem