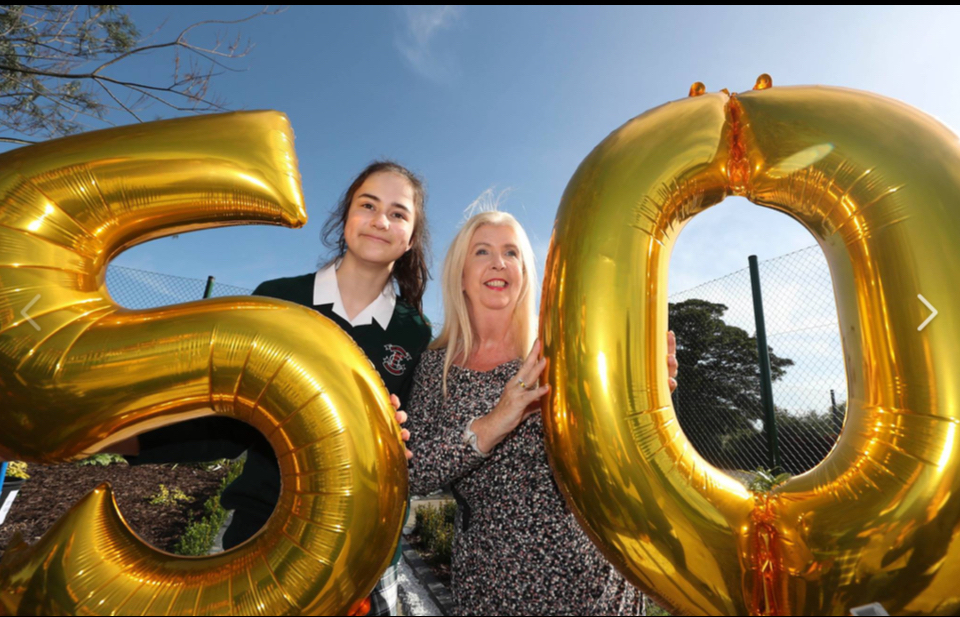 Pictured: The first pupil on the roll and a current pupil.

Recent celebrations included a ‘Welcome Back’ Evening for past pupils who had the chance to meet former teachers and school friends while having the opportunity to revisit the classrooms. And of course they enjoyed some birthday cake.

The Jubilee Mass was held on Thursday, 21 September 2017 at Saint Brigid’s Church, Killester with Archbishop Diarmuid Martin as chief celebrant. After the celebration, the Archbishop was presented by the pupils with a beautiful painting (created by two staff members Ms Burke and Ms Ryan).  The theme of this work of art was entitled The Journey of Christ.

Photos include group celebrations and a visit by the Minister for Education John Bruton to the school.

Sr. Marie Dunne is a past pupil of the school (and the only pupil who entered Holy Faith from the school.) In light of this, Marie was asked to carry one of the 5 candles in the entrance procession. Each candle represented a decade of the 50 years. 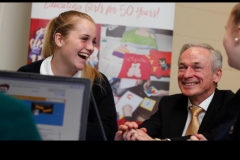 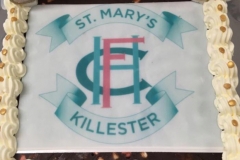 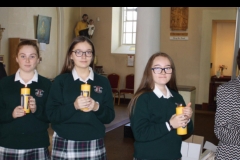 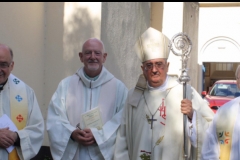 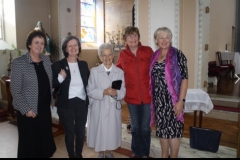 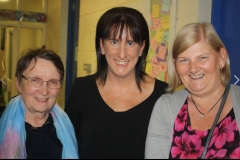 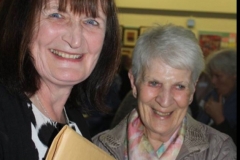 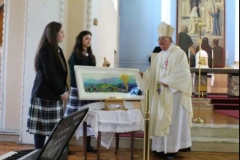 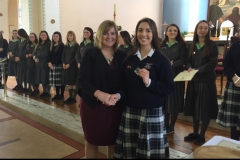 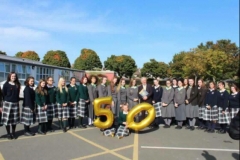 Awards for School Staff in Trinidad